Banks, Financial Intelligence Units (FIUs) and courts are part of the chain of actors that is countering terrorist financing in the name of security. Political scientists of the University of Amsterdam investigated how these links in the chain are implementing the regulations on combating terrorism on a daily basis. There appears to be a gap between societal expectations about their role as gatekeeper of the financial system and practice. Moreover, the fight against terrorist financing has triggered wider changes to the legal system and security practice.

Since the 9/11 attacks, international and national policies to counter terrorist financing have been drawn up and, as a result, the laws and regulations surrounding the fight against terrorist financing have increased substantially. Over the past five years, political scientists at the University of Amsterdam have studied how these laws and regulations are being implemented in daily practice and their impact in practice. They focused on three links in the chain that combat terrorist financing: banks (detecting and reporting), the Financial Intelligence Units (investigating and declaring suspicious) and courts (prosecuting and judging court cases).

The role of banks in combating terrorist financing

Since the 1990s, the role of banks in the fight against money laundering and terrorist financing has grown. They are increasingly obliged to carry out customer research, to monitor transactions and to report unusual transactions to the Financial Intelligence Unit (FIU). Esmé Bosma conducted fieldwork in the banking sector to investigate how banks implement this task and what role technology and data have in practice. 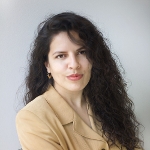 Copyright: Esme Bosma
It is extremely difficult for banks to deploy the available technology to detect transactions that may be linked to terrorist financing Esmé Bosma Profile Page

‘The most important finding of my research is that a gap has opened up between the regulation and practice,' reports Bosma. ‘Banks are expected to detect and report terrorist financing. However, apart from screening terrorism lists, it is extremely difficult for banks to deploy the available technology to detect transactions that may be linked to terrorist financing. Because the financing of terrorist attacks often involves small amounts of money, and can also involve legitimate sources of money such as a salary or benefit, these kinds of transactions often go unnoticed. That also makes it fundamentally different from the detection of money laundering.'

Investing heavily in the detection of financial crime

Research within the chain shows that the banking sector is investing heavily in the detection of financial crime. ABN Amro, for example, has invested €1 billion in the past three years and will invest a further €1 billion over the next two years. Currently, 3800 employees within this bank (20% of the workforce) are working on this area. According to the Dutch Banking Association, some 12,000 bank employees in the Netherlands are now involved in the fight against money laundering and terrorist financing.

‘If you then look at what happens with the reports from banks about unusual transactions,’ Bosma continues, ‘it transpires that only about 10 percent of their reports result in further investigation, and most of these relate to suspicions of money laundering. The number of bank employees in this area has grown enormously, but it is clear that the chain is not yet effective in combating crime. The solution is sought in the development of artificial intelligence and the intensification of cooperation between the public and private sectors.’

The role of the Financial Intelligence Unit (FIU)

The FIU is the government body to which commercial entities such as banks and money transmitters submit their reports of unusual or suspicious transactions of money laundering or terrorist financing. The FIU investigates the transaction and, if suspicious, forwards it to the relevant investigative body, for example the police or the Public Prosecution Service. Almost every country in the world has established a FIU. 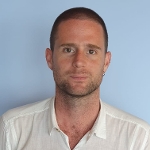 Pieter Lagerwaard interviewed employees of FIU-the Netherlands and other FIUs in Europe. He investigated how the Dutch FIU uses often automated search techniques to declare transactions suspicious and how this information is disseminated amongst diverse security services. He focused on the exchange of data between FIUs within Europe and worldwide.

‘What was particularly striking,’ says Lagerwaard, ‘was the scale on which information was exchanged. An incredible amount of data are shared – including non-financial information –also with countries that are not democratic and have different privacy standards compared to the Netherlands or Europe. Citizens are not well aware of this.’

Lagerwaard warns that considerable attention is paid to privacy violations by large companies such as Google and Facebook, while the large-scale use of transaction data for security purposes is hardly discussed. ‘Because transactions are increasingly digital, new data are available that provide information about spending behaviour,' says Lagerwaard. ‘As with Google and Facebook, we must ask ourselves for what purposes these data can be used.’

In addition, Lagerwaard observes a huge discrepancy between the number of people working at the banks to identify unusual transactions,12,000 full-time employees, and the number of people working at the FIU, ‘fewer than 80’. ‘And banks are only 1 of the 25 reporting entities that send reports to the FIU,’ he adds. Is it proportional and desirable that banks monitor our payment infrastructures and spending behaviour, he wonders. ‘It remains unclear what this financial surveillance ultimately achieves at the end of the chain, in court.’

The role of the courts

Tasniem Anwar examined the final piece of the chain and how the law on terrorist financing is implemented in court. ‘The idea of a chain is that you can follow a transaction from a bank to a court,’ Anwar explains, ‘but if you look at the practice of court cases, that is usually not how a suspicious transaction ends up in court. According to Anwar, the chain is used to trace back and retrieve information about a suspicious person, but not always to detect such a person or transaction.

In the Netherlands, most of the terrorist financing cases turned out to relate to what were known as Syria-travellers, people who had travelled to Syria between 2013 and 2015. ‘Some of the suspects who came to court had intentionally supported terrorist activities in Syria or Iraq,’ says Anwar, ‘but more often the defendants were parents, friends, brothers and sisters of Syria-travellers who sent money without this intention and sometimes did not even know that they were committing a criminal offence.’ Within the current broad legislation, there is no requirement to prove what happened to the money, explains Anwar. These cases came to the attention of the Public Prosecution Service through an alert from the FIU, but Anwar also noticed that transactions were investigated because they had gone through intermediaries known to law enforcement or intelligence services as enabling financial transactions between Europe and conflict areas in Syria or Iraq. 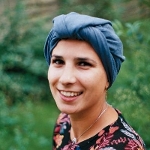 Copyright: Tasniem Anwar
Many cases have been brought before courts where it could be questioned whether they really prevented a terrorist attack Tasniem Anwar Profile Page

Anwar observes that the courts used to take a very strict line and convicted almost all cases brought before them, but since 2020 they have started to look more critically at what terrorist financing really is and what is proven by a transaction. ‘Many cases have been brought before courts where it could be questioned whether they really prevented a terrorist attack.'

Wider changes in the legal system and security practice

Can the team already draw conclusions about the effectiveness and impact of the chain as a whole? In terms of the number of suspicions that result in convictions, the current system does not seem to be very effective, reports the team. ‘Although it is also difficult to prove whether this chain has prevented an attack, for example', ponders Anwar. ‘If you have zero convictions, are you being very effective because no one has been able to transfer money, or are you in fact not being effective because you were not able to detect it?’

Copyright: Vrij te gebruiken mits naamsvermelding fotograaf
There is a general change in who is guarding our security. This role is increasingly being assigned to large corporations Marieke de Goede Profile Page

However, this fight against terrorist financing has triggered wider changes to the legal system and security practice, ‘as a kind of icebreaker’, of which we should be aware, says Marieke de Goede, coordinator of the project. ‘Take the fact that convictions in court are possible regardless of what money was used for, so regardless of a person's intention.’ She also sees a general change in who is guarding our security and how this role is increasingly being assigned to large corporations, ‘such as big tech companies that also have to identify suspicious people and suspicious online statements’. De Goede also cites the new experimental forms of sharing personal information between public and private parties, ‘for example, when the police share personal information about suspects with the financial sector’.

Although the researchers received considerable recognition of their findings from actors in the chain, actual policy is changing very little, they conclude: ‘the intensity of regulations and investments is only increasing’. Change is difficult because responsibility for the change never lies with just one link, but is dispersed across the entire chain, the team notes. But the researchers also cite the international regulations that are binding at a national level, and the constant political pressure on the chain to be perceived to counter terrorism. 'We need more critical discussion on the broader legal and security implications, beyond focusing on effectiveness’, they conclude.

This five-year study has, of course, yielded far more insights than are outlined here. If you want to read more, go to: FOLLOW Publications

The FOLLOW project (Following the Money from Transaction to Trial) was funded by an ERC Consolidated Grant. Bosma, Lagerwaard and Anwar will complete their theses over the coming year. We will also be featuring these separately, so keep an eye on our website or twitter feed.

The UvA website uses cookies and similar technologies to ensure the basic functionality of the site and for statistical and optimisation purposes. It also uses cookies to display content such as YouTube videos and for marketing purposes. This last category consists of tracking cookies: these make it possible for your online behaviour to be tracked. You consent to this by clicking on Accept. Also read our Privacy statement

Cookies that make it possible to track visitors and show them personalised adverts. These are used by third-party advertisers to gather data about online behaviour. To watch Youtube videos you need to enable this category.