Are rechargeable batteries that are high in energy density a promising tool to tackle climate change? They can make our transport cleaner, for example. Anthropologist Cristobál Bonelli warns that a technical fix will not decarbonise our world. With his team, he studies how lithium makes it from the mines in Chile to battery plants in China and finally to battery recycling labs in Norway. ‘Lithium ion batteries might make one part of the world “greener”, but disrupt other parts. And how should we deal with the residual waste of the tons and tons of lithium ion batteries we will need?’

Human beings and their activities are responsible for global warming, that we know. The question of how to tackle climate change has now become an urgent matter. Different strategies are being developed to decarbonise the world. One of the strategies that is gaining more and more momentum in the global North, is to decarbonise transport by making a transition to electrical transportation. Lithium is a central element in this process, as the key ingredient of rechargeable batteries with high energy density.

In the project ‘Worlds of Lithium’, anthropologist Cristobál Bonelli and his team study how lithium is extracted, processed, used and recycled. ‘When buying an electric car from a desire to be sustainable, we are often not aware of what is at stake. What is the impact of the industry that produces the batteries for these cars? What kind of new problems might we face when all transport becomes electric?’, Bonelli questions. He warns that the electrification of transport is still business as usual. ‘We want to take care of the environment while at the same time not changing our lifestyle and still longing for economic growth.’ By studying how lithium is processed in different parts of the world, Bonelli sheds light on the impact of greening industries.

From the mines in Chile to the recycling labs in Norway

Bonelli gathers stories in the lithium chain by talking to people who are directly and indirectly involved in the process of lithium ion battery production, from the mines in Chile’s saltpans to the recycling labs in Norway. Through dialogues between different disciplines and regions, Bonelli wants to create connections between these different actors and make us aware of the different interests that are at stake. ‘Where one benefits, others might be harmed.’

The lithium chain starts in the mines in northern Chile, where Bonelli looks at the process of extraction and how lithium travels to the border to be exported mostly to China. How does this process disrupt and change environments and fragile bodies? ‘Lithium extraction causes serious tensions between lithium manufacturers and the indigenous population groups. These groups see their natural environments being drastically changed by extraction of lithium and other minerals such as copper. But lithium extraction is also an important source of income for parts of the indigenous population’, explains Bonelli, showing the complexity of different interests.

Chile ranks, together with Australia, as the world's largest supplier of lithium, and is part of the so-called lithium triangle with Bolivia and Argentina. Unlike Australia, where lithium is extracted from solid ore, Chile sources lithium from the Salar de Atacama salt flat. Other salt flats in northern Chile are also being explored to determine their potential for lithium extraction. The procedure is relatively simple: the subterranean brine deposits are pumped to the surface and transported to the evaporation pond. The water then evaporates, after which the salt can be removed. Lithium carbonate results from other chemical processes that take place outside the saltpans in lithium plants that produce lithium carbonate and lithium hydroxide.

The raw material is then shipped to destinations like China, where it is used to manufacture lithium ion batteries. Due to the coronavirus pandemic, fieldwork in China has been difficult to conduct so far, but the team could study financial dynamics, like lithium prices and the market of lithium outside Chinese frontiers.

As final step in the lithium chain, the research team studies how lithium-ion batteries are reshaping landscapes and societies in countries such as Norway, which are examples to other European countries on how to decarbonise transport. In Norway, the team turn their focus to the processing of used, discarded batteries. ‘Soon we will have a new problem’, explains Bonelli. ‘We will have tons and tons of lithium ion batteries. But it is not clear yet how to recycle these batteries. And what should we do with the residual waste?’

The problem of our focus on economic growth

Our need for lithium highlights one of the main problems when decarbonising the world, states Bonelli: the ongoing focus on economic growth. ‘To put it bluntly, I don’t think that the paradigm of economic growth can be sustainable’, says Bonelli. ‘Ion batteries are introduced by the market so we can maintain our current life styles while tackling climate change. But this only counts for certain people in certain places, not everybody benefits. Lithium helps to support ways of life in one place, but destroys ways of life in other places.’

Bonelli describes a paradox we are facing: sustainability needs mining, and mining disrupts the habitability of societies and ecosystems where materials like lithium are found. ‘Anthropology is a good tool to study this paradox, and to mobilise and learn from different insights and practices that tend to create new tensions and new challenges.’ 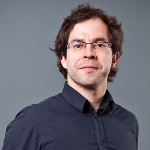 Copyright: Bram Belloni
Climate change is not going to be solved by a technical fix Cristobál Bonelli

Climate change is not going to be solved by a technical fix, is the urgent message of Bonelli. ‘We need a more radical change of thinking about our economy and measures of growth. How to use less energy, that is the key thing’, states Bonelli. ‘But the idea that we need less, in order to live better, is a very difficult one for many. Just think about how “productivity” standards are shaping our academic practices. We need to think about how to create better collaborative practices, between disciplines and regions, capable of questioning the very premises that have led us to face our planetary climate crisis.’

Cristóbal Bonelli was awarded an ERC grant in support of his research on the contrasting 'worlds of lithium'. Want to know more about this project? Go the website or listen to these online dialogues with project partners in Chile.

Scientists in the Social & Behavioural Sciences make an important contribution to a sustainable world. They investigate how societies and people deal with climate change and how to change course. Learn more. 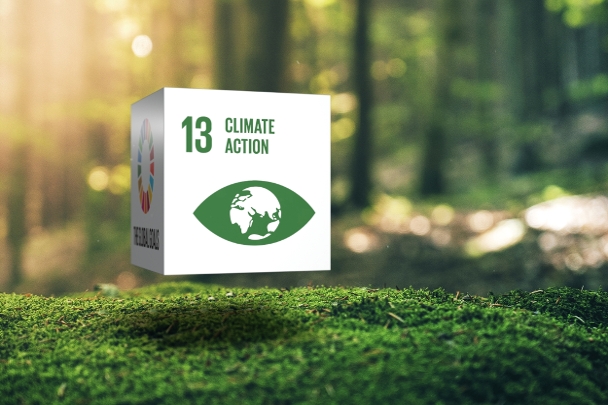 Those hit hardest by the climate crisis are often those least at fault, and those with the fewest resources to cope. This is the bitter injustice for which professor Joyeeta Gupta wishes to raise awareness. Her work ...

The UvA website uses cookies and similar technologies to ensure the basic functionality of the site and for statistical and optimisation purposes. It also uses cookies to display content such as YouTube videos and for marketing purposes. This last category consists of tracking cookies: these make it possible for your online behaviour to be tracked. You consent to this by clicking on Accept. Also read our Privacy statement

Cookies that make it possible to track visitors and show them personalised adverts. These are used by third-party advertisers to gather data about online behaviour. To watch Youtube videos you need to enable this category.